Projects > Cause and Effect

This work, Cause and Effect was constructed as a kind of model of an “iceberg”. The material used to form the iceberg remains visible since it is both material and content: Insulation foam is a construction material used to keep our interior spaces protected from the temperatures outside, even as we push those temperatures beyond their natural range, but is usually concealed by surface layers so that it isn't part of our awareness of buildings. The foam naturally has an icy appearance which is what attracted me to it initially. Rather than produce a realistic reproduction of an iceberg, this work captures the form of the iceberg in a material that is antithetical to it, a material left plainly visible. Sadly, this will probably last longer than the natural wonders on which it is modeled. 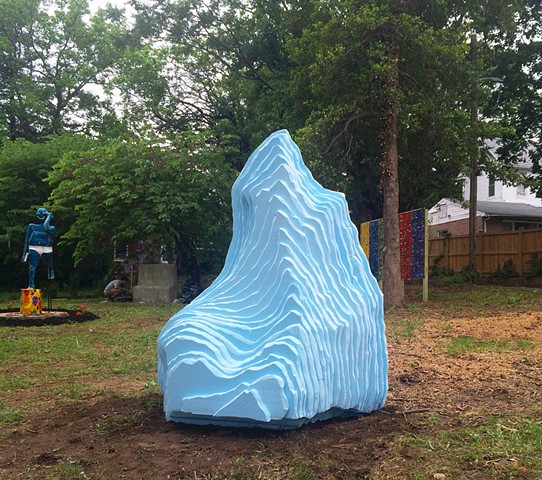 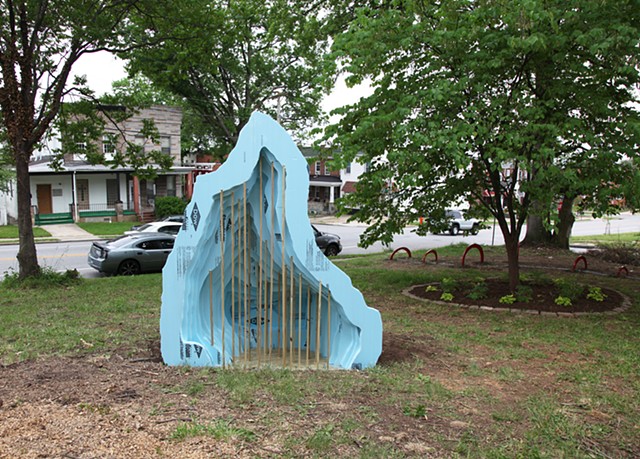 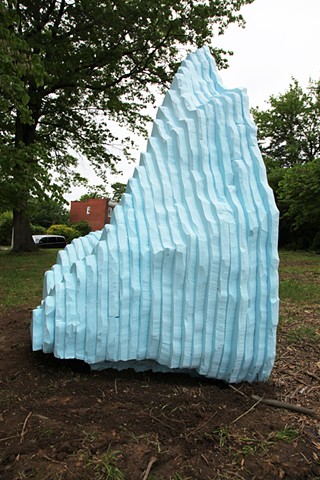 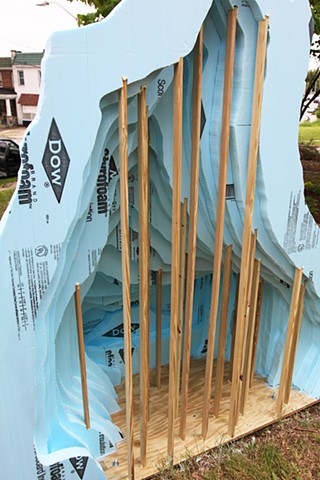 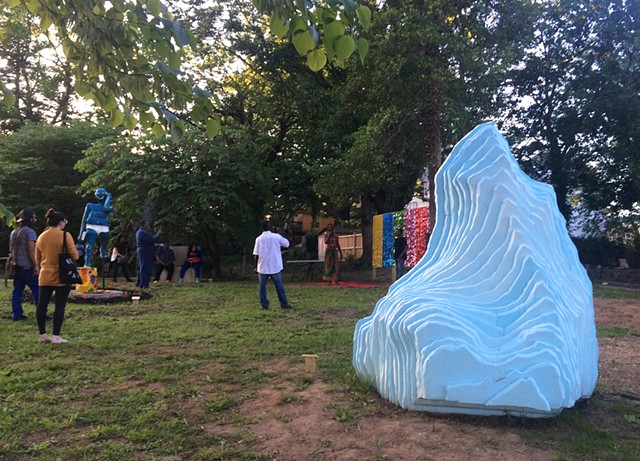 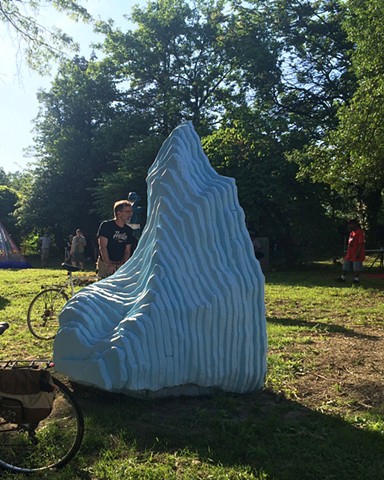 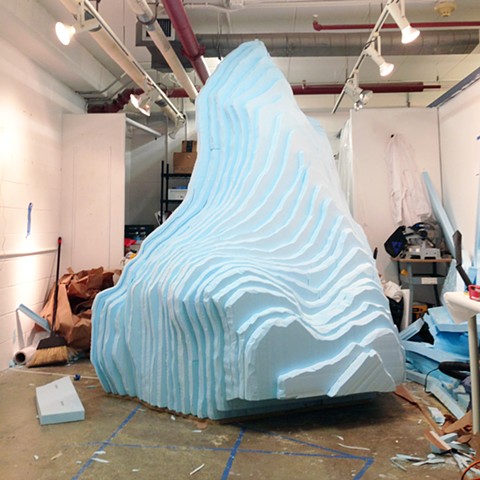